I happened to be in Ireland the day the British voted to leave the European Union. While visiting my wife’s family there, I noticed an interesting phenomenon. The Americans I know are much more worked up about this “Brexit” than the Irish I know.

For sure, England’s vote (with its political and market upheavals) is dominating Irish headlines. But people’s personal reactions are much more muted. It was my American friends who informed me of the election results in the first place. “This is gonna be big, y’all,” posted one on Facebook. Based on my American social media stream, you’d think England had just been blasted by some kind of Death Star.

The Irish response was much… less. Most people seemed more concerned with how their soccer team did in the Euro Cup football tournament. When the topic did come up, it lacked furor and turmoil.

The Irish may feel the impact of Brexit more than anyone outside of Brits themselves. A good portion of their island is still in the United Kingdom, and this is the only real land border the EU shares with the UK. Why are American responses so different? 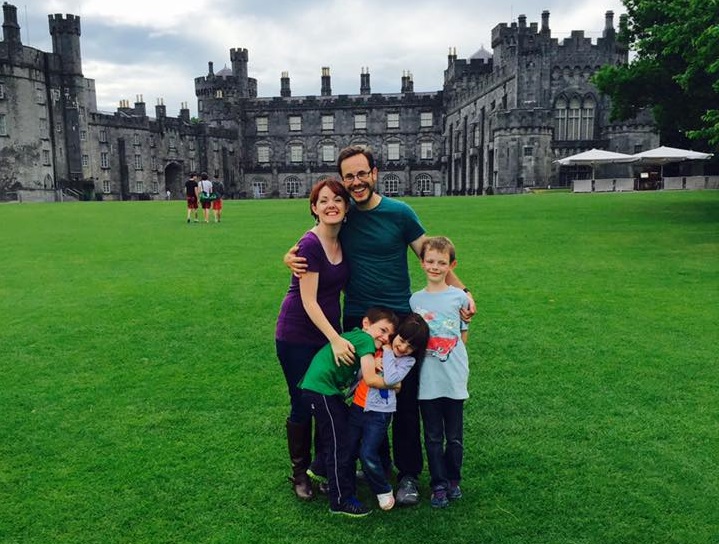 The Harrison clan in Ireland, June 2016

One major reason for the difference is the American diet of sensational “news” media. Cable networks and talk radio programs feed off panic, controversy, and catastrophe. The pundits, whose only goal is agitation, have seized upon the Brexit and show no signs of letting go. Predictions abound.

When I brought up the results with my Irish host, his response was, “It will certainly be interesting to see how this plays out. No one knows whether it will really be that big of deal.”

No one knows. That’s the difference. Once the actual departure is initiated with the EU, it will take the UK two years to actually make the switch. A lot can happen in two years – will companies leave England for the broader reach of another EU capital (like Dublin)? Will England establish a Norway-like relationship with the EU? No one knows.

We do know the markets don’t like uncertainty. Stocks and currencies have slid throughout the world since the vote results were reported, which news outlets gladly pounce on to further fuel the frenzy. I believe the hearty American appetite for cable TV news is exactly why my US friends have so much more to say about current events than others around the world. Yet the news does very little to actually provide wise action steps. So here’s the big question:

How should your personal finances be adjusted to the reality of a Brexit?

I recently wrote about investing in an election year, and my advice hasn’t changed.

1. Stick to sound principles.
Live within your means. Avoid the use of debt. Keep emergency reserves. These are principles that will not change regardless of what’s going on in the world. If you haven’t written down the money guidelines you live by, we’ve outlined our seven Sound Stewardship principles here.

2. Continue with your own, personal plan.
What needs to happen between now and 5 years from now? What opportunities could you capture and what roadblocks do you need to avoid? A good plan should prepare for ups and downs. If your plan doesn’t anticipate any economic headwinds, it’s probably not a very good plan.

3. Take a long-term approach.
Having a personal plan is naturally forward looking. By focusing on the long-term, you can avoid making decisions that feel good now but are not in your best interests. In particular, investing itself is a long-term strategy.

4. Seek wise counsel in decision making.
It’s not wise to walk alone. Bringing somebody alongside you to help weigh tough decisions is incredibly valuable. The more emotional or important the decision, the more important it is to get personalized advice.

We are happy to talk through what this means for your household, that’s why we exist! Call the office at (913) 317-6000 or email us if you would like to speak to an advisor.

It’s way too early to know how the Brexit will impact England, the world economy, or your personal situation. Follow the Irish lead and sit down, have a cup of tea, and focus on what’s truly in your control.